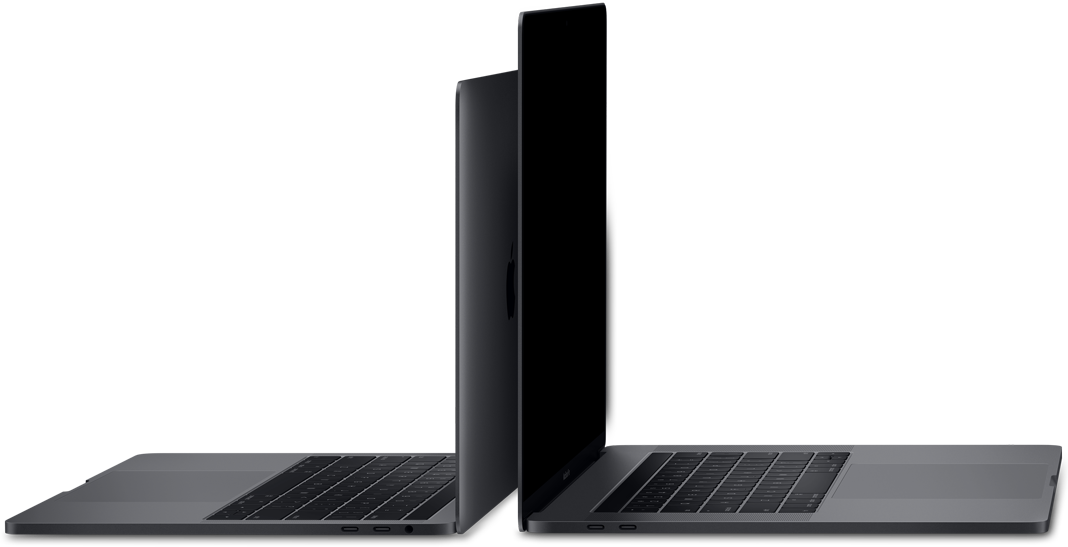 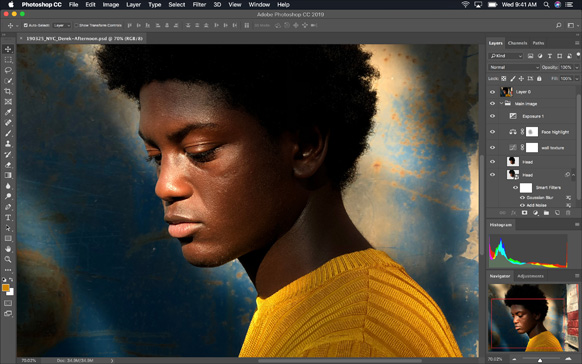 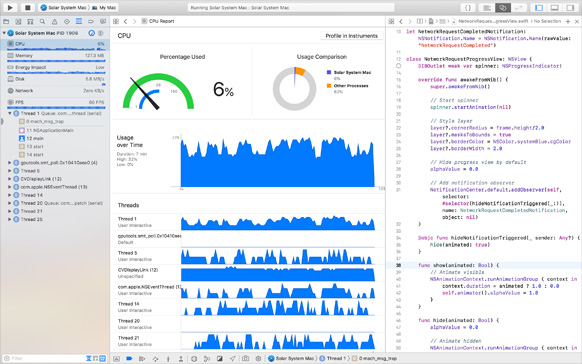 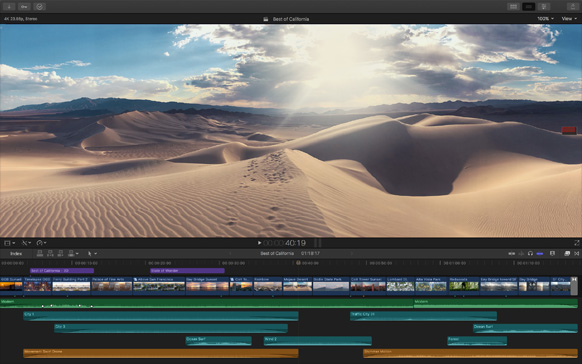 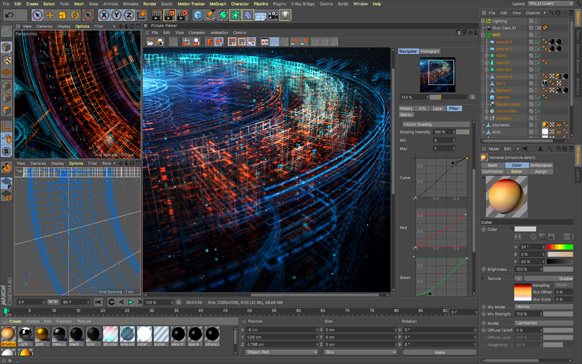 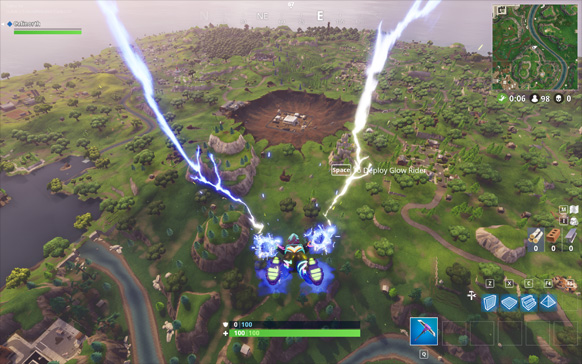 Up to2.4GHz8-core Intel Core i9 processor

For faster performance when working with large files, or running multiple pro apps or virtual machines, the 15‑inch MacBook Pro can be configured with up to 32GB of high‑performance 2400MHz DDR4 memory. 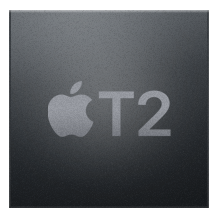 Slide through the timeline while editing. The Touch Bar will change to match what you’re working on and bring up the tools you need from deep within the app.

Select a photo as a favorite, use auto-enhance, or quickly add your photo to an album. The Touch Bar brings editing tools out, too — like cropping and applying filters.

Jump to a location, fine-tune sounds, or turn your Touch Bar into a drum, piano, or audio recording control panel.

Type a message faster with predictive text. The Touch Bar can suggest frequent recipients and emoji when composing a message, too. 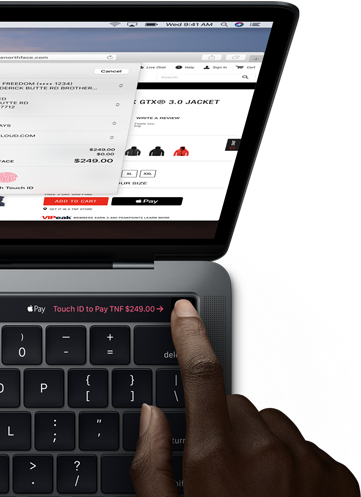 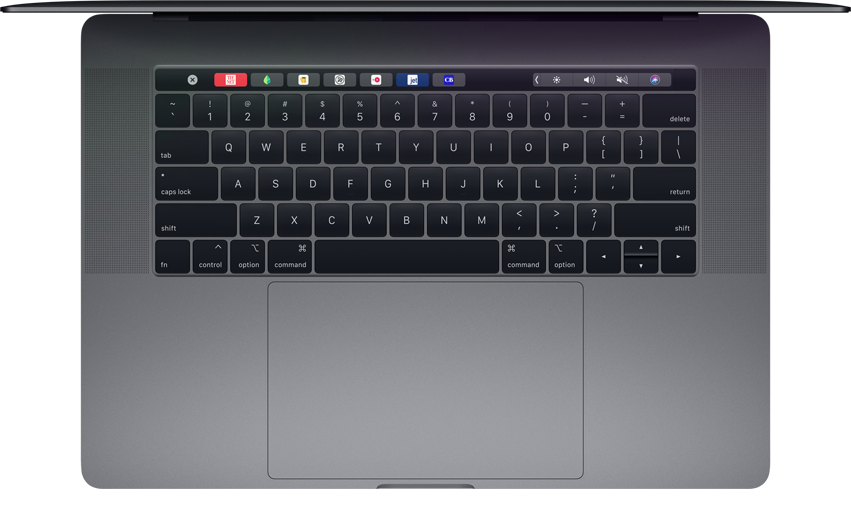